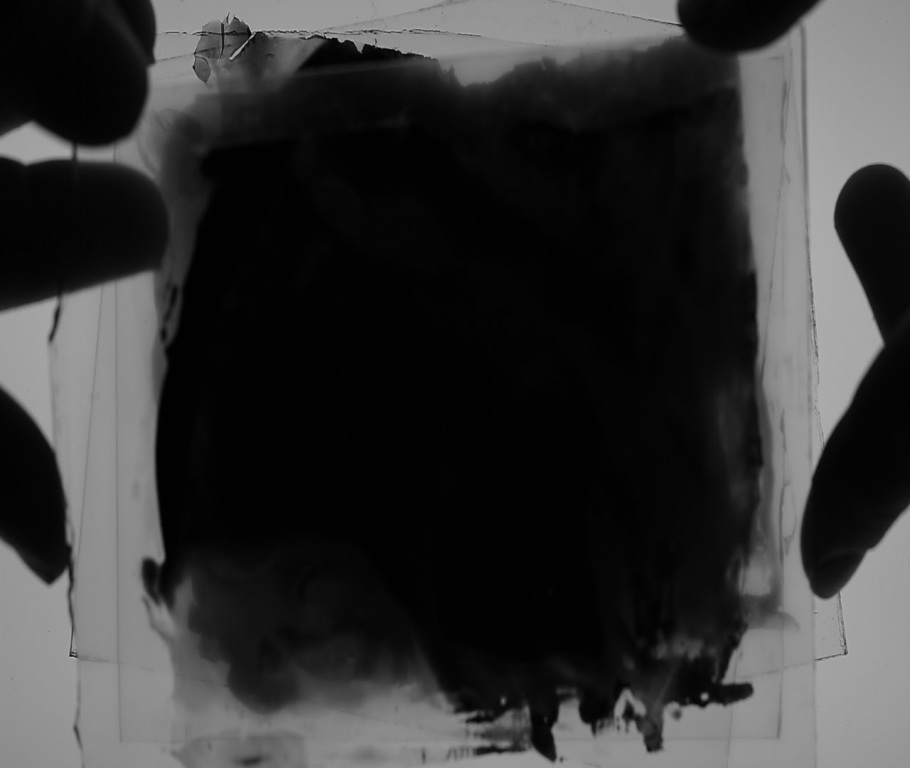 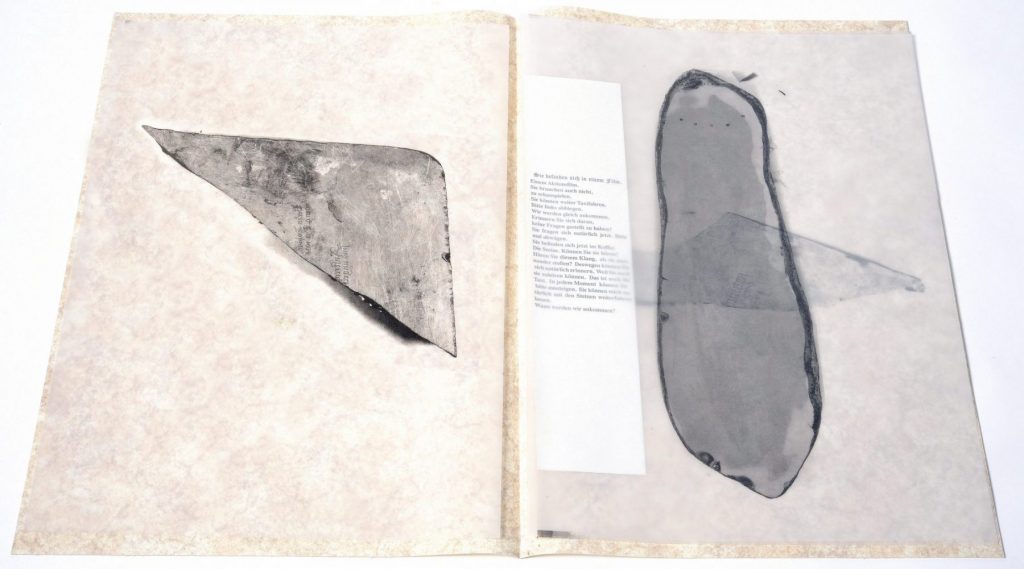 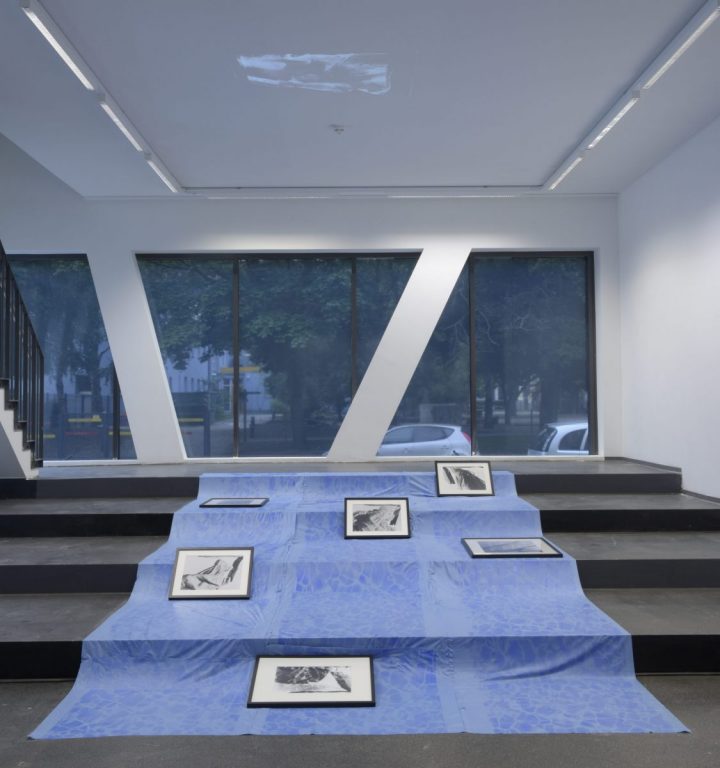 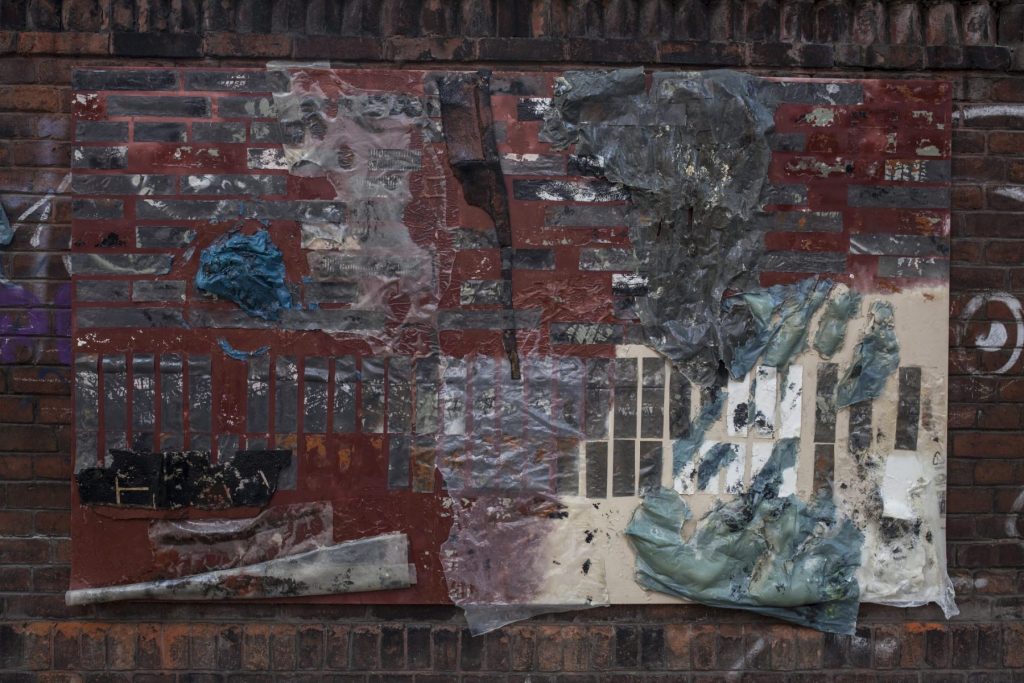 After an old lithographic stone found in the UdK has been sculpted and polished, the image of an old National Socialist poster appears: Berlin, Dahlem, 1933 and a swastika. The image, which could no longer be reproduced (due to lack of fat), was only visible under water.  In the artist’s book «3 Fragments of a lithographic stone with a ghost print of a National Socialist poster», this picture was photographed and offset printed on transparent paper and placed on a fake PVC stone.  In «20 Traces of Water», a series of b/w analogue photographs, in which images of the stone are mixed with personal objects of the artist, they are arranged on a PVC swimming pool foil, where the texture of the water is printed with screen printing.  En «49 Photographs that dissolve», the lithographic stone is re-photographed with glass negatives, and an image appears whose materiality is not stable but fluid.