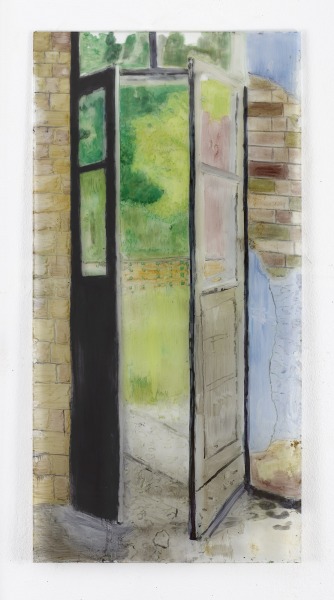 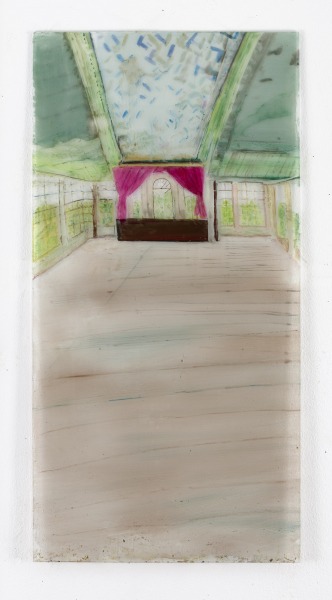 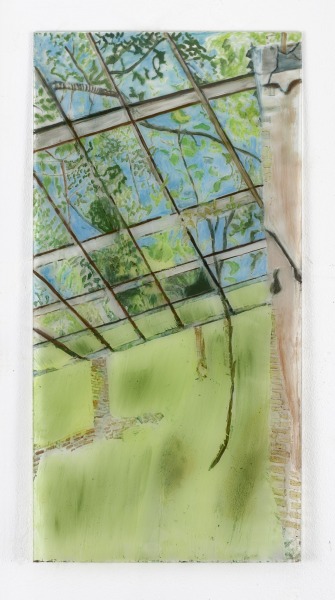 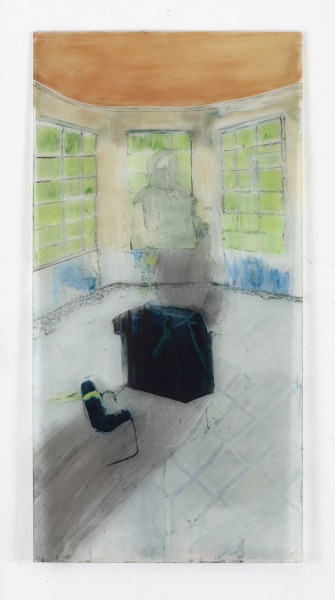 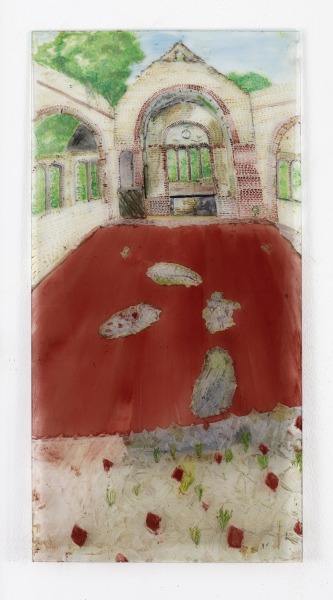 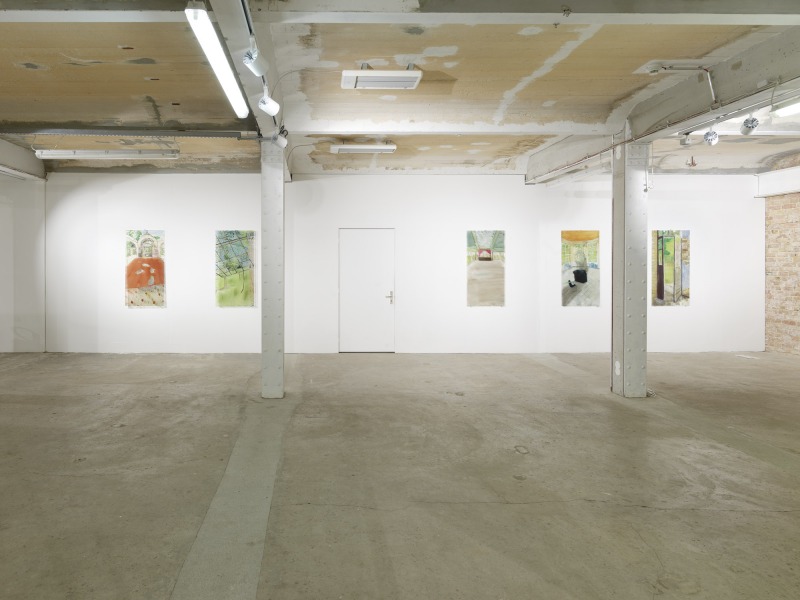 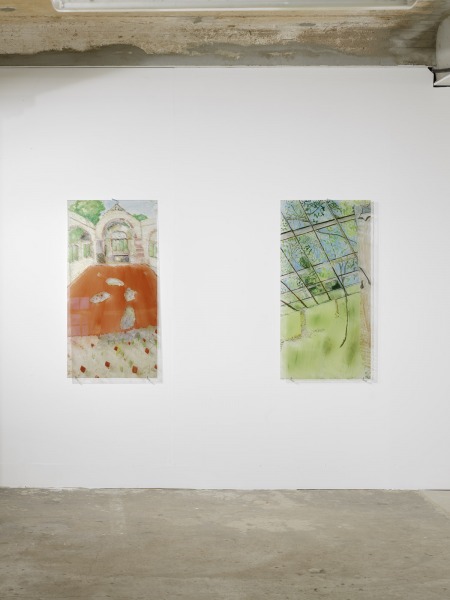 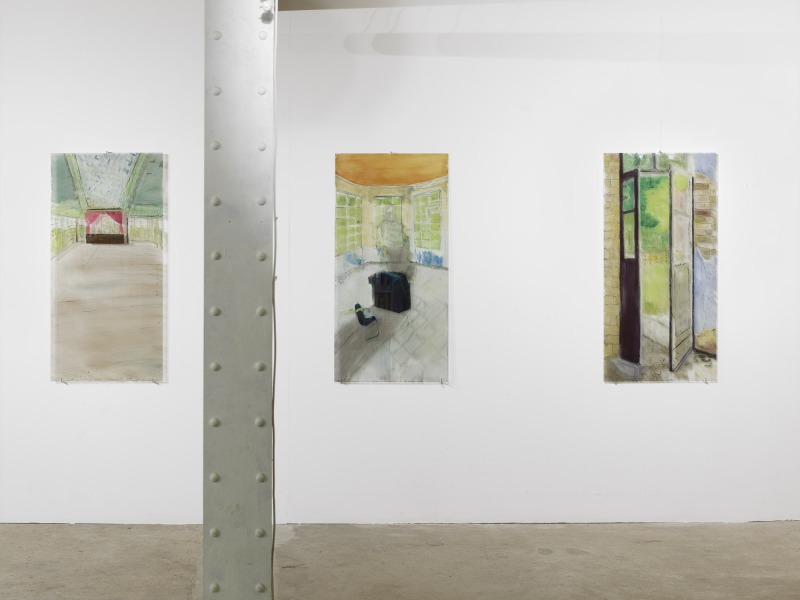 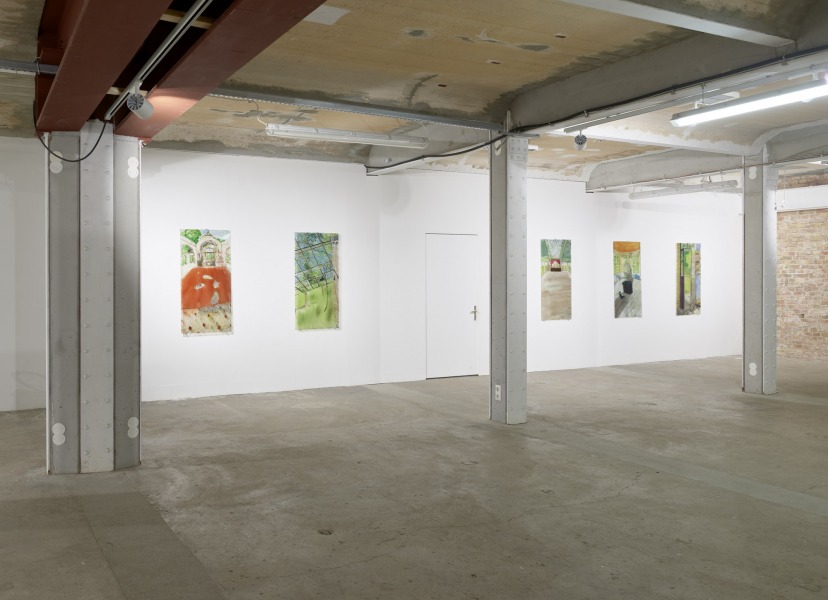 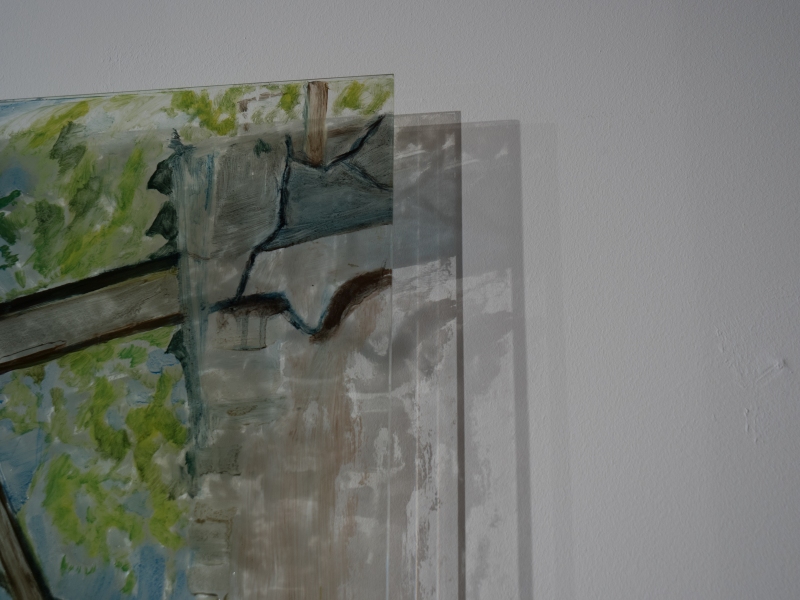 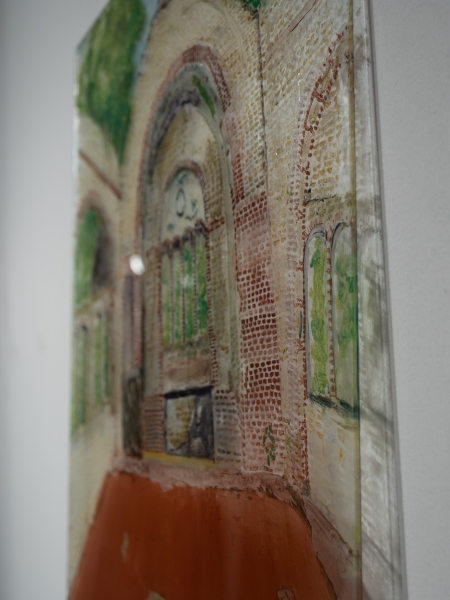 Heilstätte Grabowsee was a sanatorium in Brandenburg, where patients suffering from tuberculosis were attended. It was later used as a soviet military hospital. The five paintings of the series were painted directly at the place.  The abandoned buildings are being taken over by the nature surrounding it, which makes it difficult to differentiate the outside and the inner room. The paintings speak about mysterious natural forces, about our fragility and the fragility of its material (glass). Some parts of it are painted with a very transparent layer, which allows us to see through.