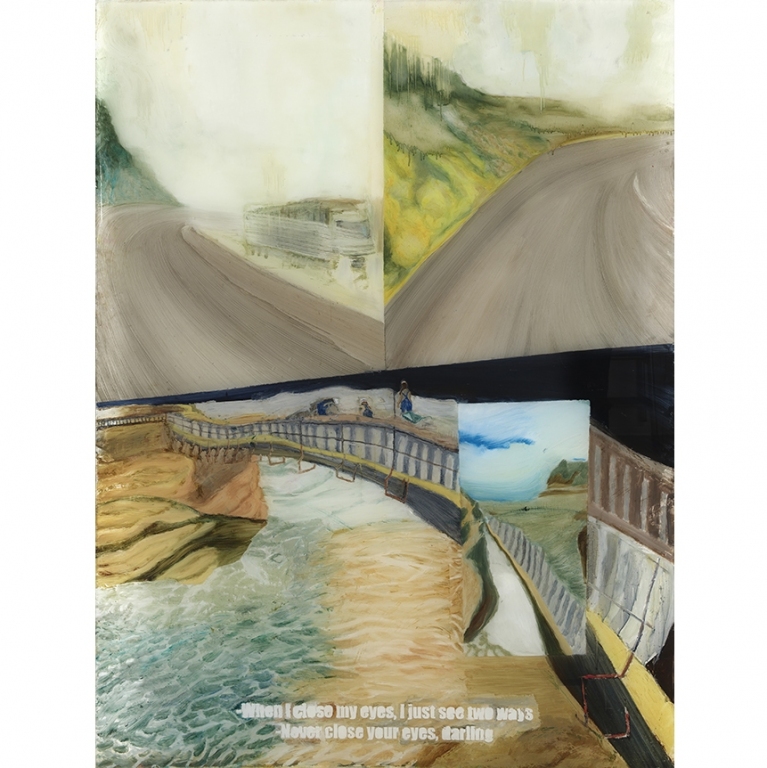 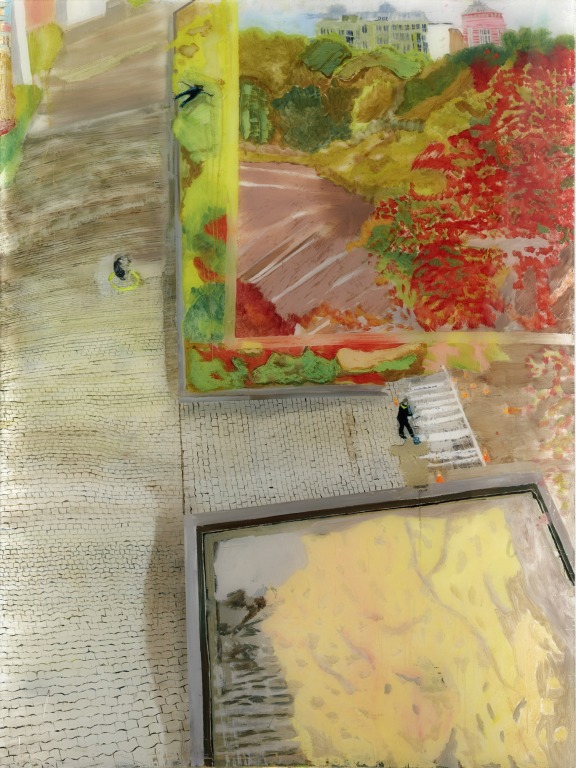 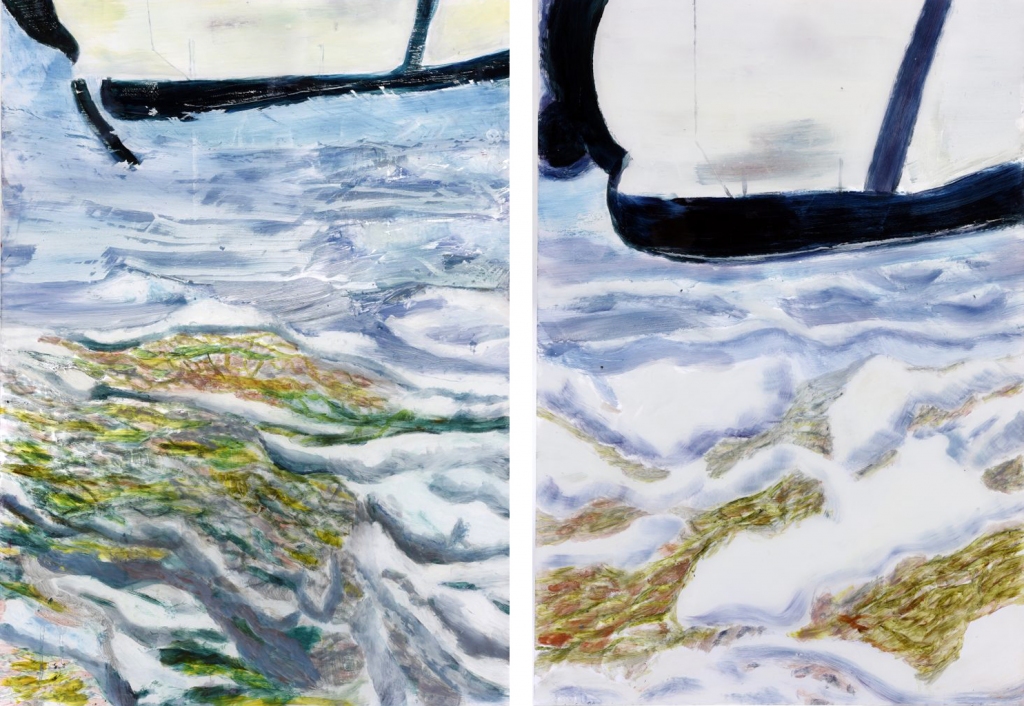 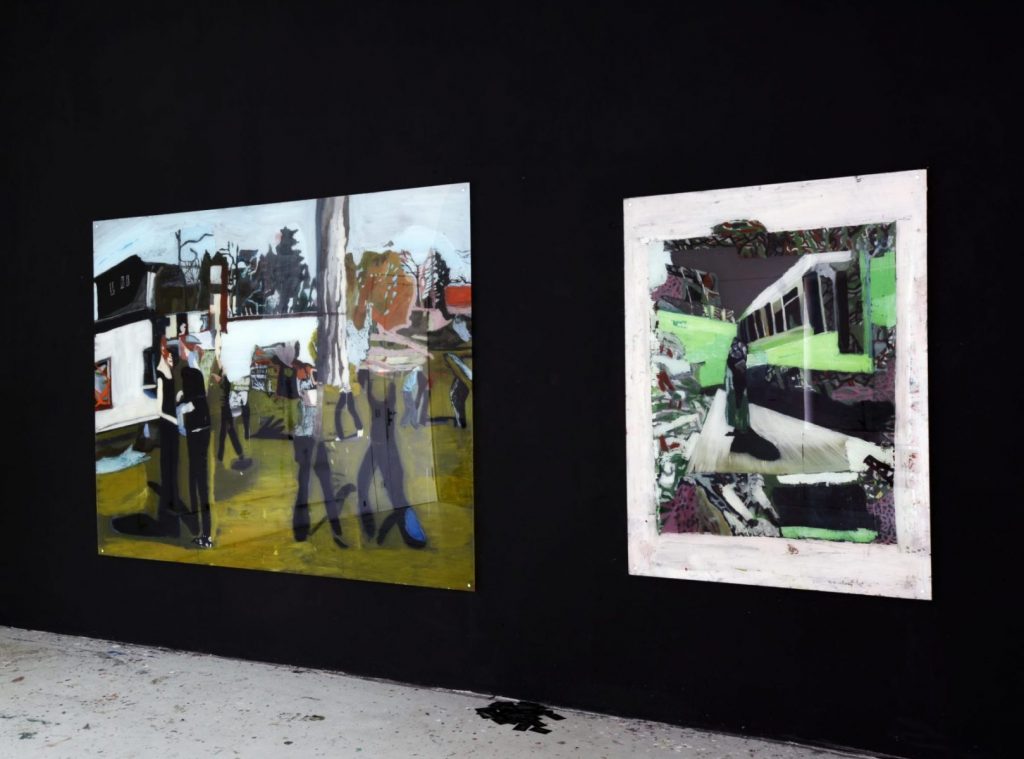 “Icarus”reinterprets the classical myth in the city of Berlin by combining different perspectives, like the high-angle shot and from the subjective gaze of a woman falling while flying. “Never close your eyes”, show us, by using film ressources like close-up or divided screens, a construction of a bridge on the coast of Biarritz. “Dream”, whose composition is based on the painting “Las Meninas”,  uses various overlapping screens to mix oniric states embodied by the acrobat with real elements, such as the building behind the contemporary museum in Berlin, the Hamburger Bahnhof. The reflection  of the mirror in Velázquez painting spreads over the whole surface of the painting, including the spectator. «Kung-fu» shows from different perspectives a training of this martial art by women on a field in Brandenburg. In the second image, the satellite images of Mexico City are mixed with the perspective of a train crossing the image, appearing in the background and returning to the foreground.