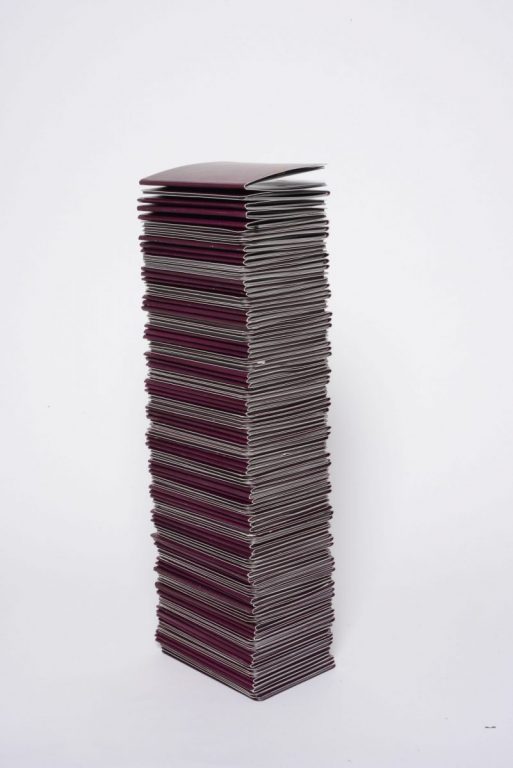 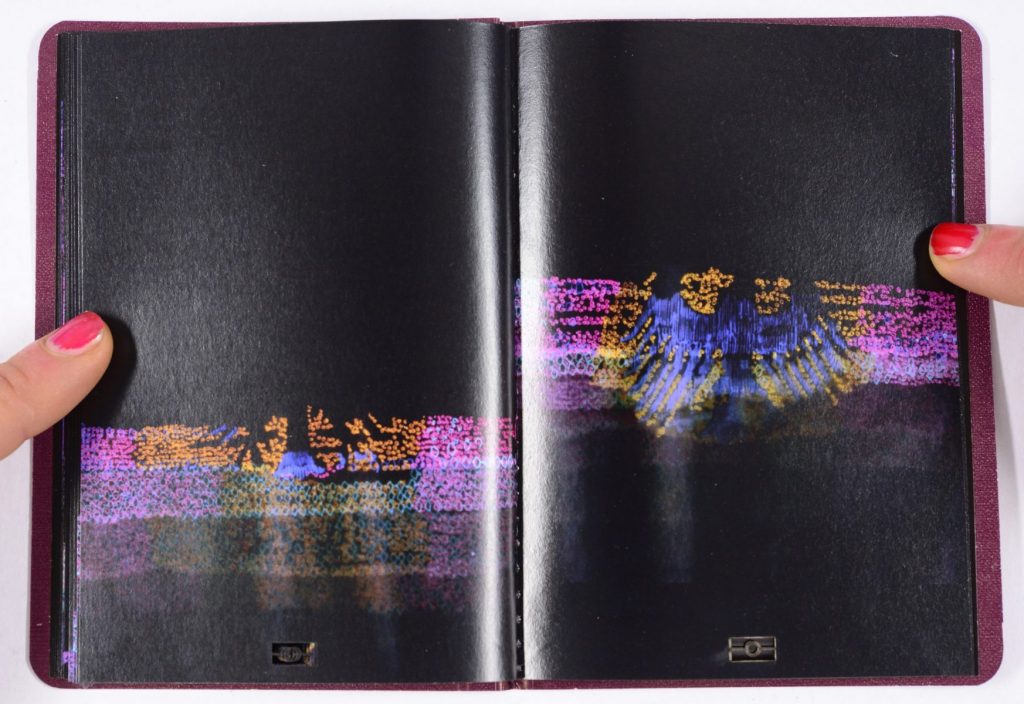 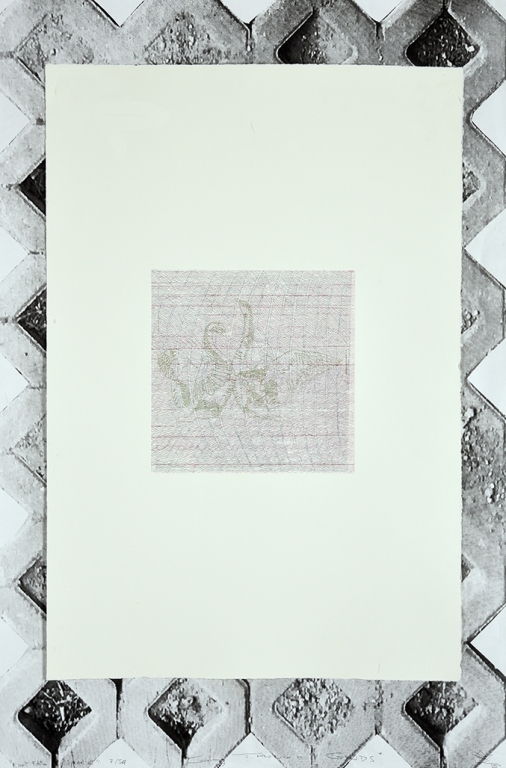 “Turmoil”is an engraving of one of the pages of a Spanish passport. The swans, which appear to be motionless in the passport, move within the structure of the guilloche or security pattern in the engraving. In «105 German Passports», the main motif of the passport, the eagle, is traced on tracing paper and scanned several times until it dissolves in space. The colors are digitally inverted so that the white in the passport appears as black. Afterwards, the passport is digitally printed and bound in book form, and the original passport is embossed through Plexiglas on the cover. The chip of the passport is lasered, leaving an empty passport without any personal data.